A sequel to The Witcher 2: Assassins of Kings from 2011, The Witcher 3: Wild Hunt sees players control Geralt of Rivia, a monster hunter (known as a witcher) who is looking for his missing adopted daughter on the run from the Wild Hunt, an otherworldly force determined to capture her and use her powers.

To celebrate this incredible game, Funko have released this incredible 6″ Pop! featuring a Leshen, fiercely territorial creatures that hunt with stealth and cunning as their only companions. They use their inborn magic to control the plants and animals within their territory, so when stalking them, half the battle is merely getting near enough to strike.

Showcase your love for The Witcher by adding this piece to your Funko collection today!

GeekVault is based in the UK and ships world wide. Your friendly neighbourhood geek shop. Bringing you all the best Funko POP! Vinyl’s. So enter the Geek Vault and find something for every fan! 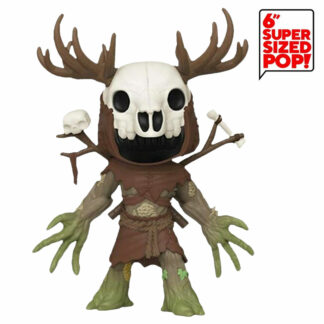