“Asteroids don’t concern me Admiral. I want that ship not excuses.” – Darth Vader in Meditation Chamber

The all new Star Wars Funko Pop! Deluxe’s are here! Darth Vader in Meditation Chamber is here to join your collection!

Darth Vader used his meditation chamber as a life support pod that allowed the Sith Lord to survive for longer periods of time without the helmet and mask of his suit. Once he had sustained a battle with Obi-Wan Kenobi on Mustafar it was impossible to do without the chamber.

Looks great in your own meditation chamber!

Find more from Star Wars in the GeekVault! 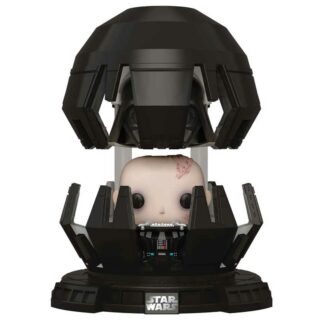