Bring the action of Marvel to life with this Taskmaster Funko POP! Vinyl.

We think this is an utterly brilliant version of Taskmaster. The character has had a very mixed Marvel history – in the tradition of characters such as Hawkeye and Scarlet Witch he was originally portrayed as a villian – first appearing against the Avengers in issue 196 of the titles first run.

Taskmaster is now yours to own! Perfect for any Marvel collector and Funko fan. Great addition to any collection. Stands around 3.75 inches tall. Comes packaged in a window display box. Don’t miss out!

Watch him in the upcoming Black Widow movie.

Jump into action from the Geek Vault, you can find more Marvel mystery on our webstore. 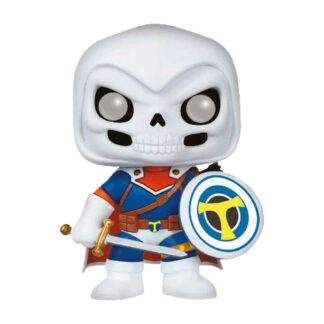