The hottest Disney Incredibles 2 Funko POP! Fire Jack-Jack!
Disney’s Incredibles 2 resumes where the first Incredibles film ends, with The Underminer. The Parr family struggles to maintain normal lives while Helen as Elastigirl, continues to fight crime and campaign for the return of “supers”. Meanwhile Bob, AKA Mr. Incredible, stays at home caring for their children Violet, Dash and Jack-Jack, discovering baby Jack-Jacks incredible powers in the process. When suddenly the “Incredibles” find they must battle a new sinister villain.
Jack Jack is the youngest of the Parr family and is also described as “The only normal one” (which we all know just isn’t true). Little to his families knowledge, Jack-Jack is probably the most powerful out of all of them with the ability to shapeshift, shoot lasers out of his eyes, manipulate the atoms he is made of and even self-combust!
Add this amazing Fire Jack-Jack Pop Vinyl Figure to your collection today! Packaged in a window display box. 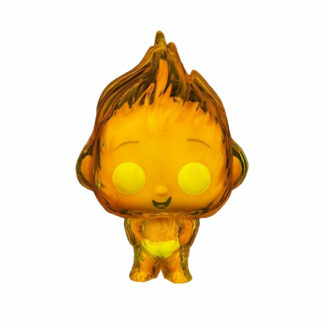