The fan favourite Tom and Jerry. Their comedic antics have run in various television series for nearly 80 years and now joins Funko. Jerry is armed with a stick of dynamite and a shy smile.

After a lifetime of being the world’s most famous enemies, Tom & Jerry are about to start over in the Big Apple.

Jerry must leave his old home as he’s left without any food, he eventually finds shelter within the walls of a large, exquisite and finest hotel in Manhattan NYC. Jerry is discovered by the hotel’s somewhat intimidating deputy general manager named Terrance, who irritably wishes and threatens to exterminate him. Tom, who has also been left homeless, is hired to do the exterminating and their destructive antics ensue!

Will Tom catch Jerry this time? This classic game of Cat and Mouse continues on the Big Screen, in the new Tom & Jerry Movie! 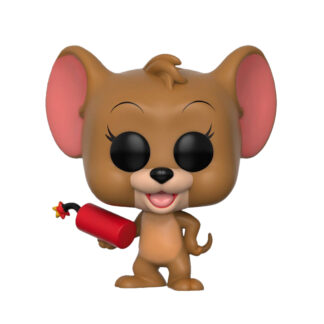