I know what your probably thinking… Did Funko accidentally swap heads with the wrong Funko POP! Body like we used to do with our retro He-Man Figures well you’d be surprised. Straight from Batman 72 (a comic book issue from August 1952), it’s Jungle Batman or Jungleman if you will.

In Batman 72 Batman and Robin are shipwrecked while attempting to deliver the Sinister Eight to a prison on Satan’s Island. They are all washed ashore and it’s on as they battle to see who is able to capture who first. The Jungle Batman Funko is an EXCLUSIVE POP! with a limited 10,000 POP!s in existence. For ages 3 and up. 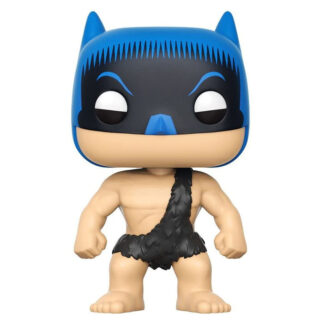