“They can bury me in the ground as deep as they like, but I’ll grow back.”

She’s not your garden-variety villain, which makes the Funko Pop Poison Ivy set just as exceptional. With help from some friends, The Dark Knight takes care of Gotham City from various villains in this award winning animated adaptation of DC Comics’ legendary comic book character, Batman; Bruce Timm’s iconic designs come to life as POP! Vinyl figures! Based on Batman: The Animated Series. Ever since Dr. Pamela Lillian Isley, a.k.a. Poison Ivy, made her first DC Comics appearance in the 1966 Batman issue #181, fans have flocked to the toxic temptress.

This POP! Vinyl features Poison Ivy from the memorable 1990s cartoon series, an eco-terrorist who has very little interest in money or power but is instead obsessed with preserving planet life. It is her ruthless protection methods that see her frequent Arkham Asylum.

Arguably one of DC’s most underrated characters, Ivy has received various makeovers throughout film, television, video games and, of course, comic books. However, the botanical biochemist is consistently fighting for what she believes is most important–the environment. Because she’s just one of the many foes in Batman’s “rogues gallery,”. This is a MUST have for all the fans of The animated series.

Add this BTAS Funko POP! Vinyl Poison Ivy to your collection of awesome BTAS POP!s. The bright colours and crisp lines show off the incredible Batman animated designs impeccably well and if you don’t believe me just check out the sassy hip on Poison Ivy. Comes packaged in a window display box and is approximately 9cm tall.

Anyone who was a fan of the animated series definitely needs this Catwoman in their collection today! 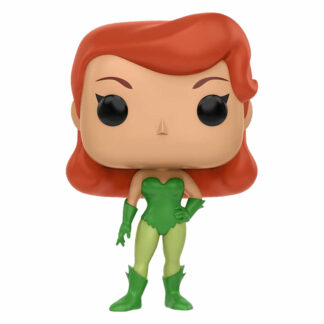