It’s time for celebration once again as we present Funko’s wave of 2017 Summer Convention Exclusives. Be the envy of all your Funko-collecting friends by adding this SDCC’17 POP! to your Funko collection today!

Running from 1992 to 1995, Batman: The Animated Series quickly became one of the most critically-acclaimed animated programs on television. Not only did it win several Emmy Awards, including Outstanding Program, but it has also been voted as the 2nd best animated series of all time, only falling behind The Simpsons.

Add a new villain to your Batman: The Animation Series POP! Vinyl collection, the zoologist-turned-freak – Man Bat! Formerly Dr. Kirk Langstrom, Man Bat was a zoologist who specialized in the study of chiropterology who developed an extract intended to give humans a bat’s sonar sense. He tested the formula on himself because he was becoming deaf. The extract worked, but it had a horrible side effect: it transformed him into a hideous man-sized bat.

So add him to your Funko collection today! 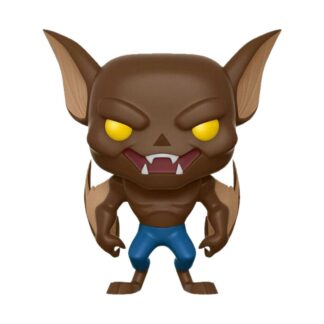