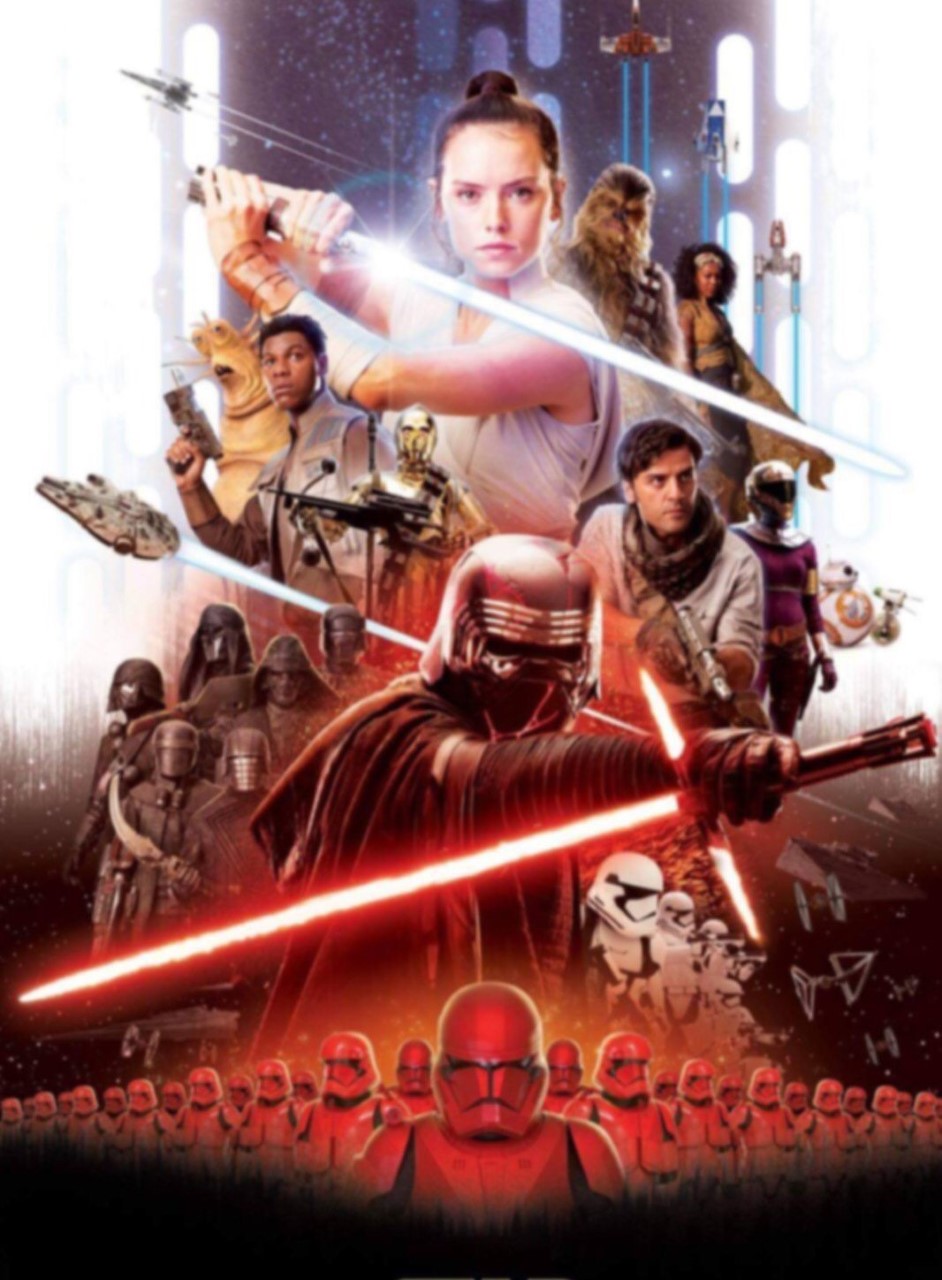 A promo poster for Star Wars: Episode IX has found its way onto the web. This must of been for internal use only and has somehow slipped out of Lucasfilms web of secrets. What is interesting is that the poster reveals a lot of what fans can expect from the last film in the trilogy. This is more than likely a mock up, so a lot of elements shown in this poster are subject to change.

As you will see in the image, the poster shows our heroes in new outfits, with Rey (Daisy Ridley) wielding the Skywalker lightsaber that looks to of been repaired. We can see our favourite rebel starfighters flying off in various, unseen colour schemes; while a new variant on the TIE fighter has snuck in at the bottom. What has got a lot of people excited is that the Knights of Ren will finally be revealed, along with new elite red Stormtroopers. There are two mysterious new characters set to one side; the rebel fighter believed to be Lando’s (Billy Dee Williams) daughter and a bounty hunter, possibly Keri Russells character?

Kylo Ren has his helmet back, which has been repaired too. C-3PO (Anthony Daniels) holds Chewbaccas Bowcaster (god knows what is going on there). A new rumoured robot sidekick appears next to BB-8 and lastly a stupid looking slug like alien behind Finn (John Boyega).

Personally I am not a fan of the poster. There is too much going on. Streaks of light criss-crossing, going up and down, while flaring out in the background. It’s over-crowded and just looks like there’s no thought behind it. This doesn’t get me excited for the film but it does peak my interest.

What do you guys think? Star Wars: Episode IX is currently set to be released on December 19th, 2019.

Until then browse our store for Star Wars goodies, and may the force be with you.