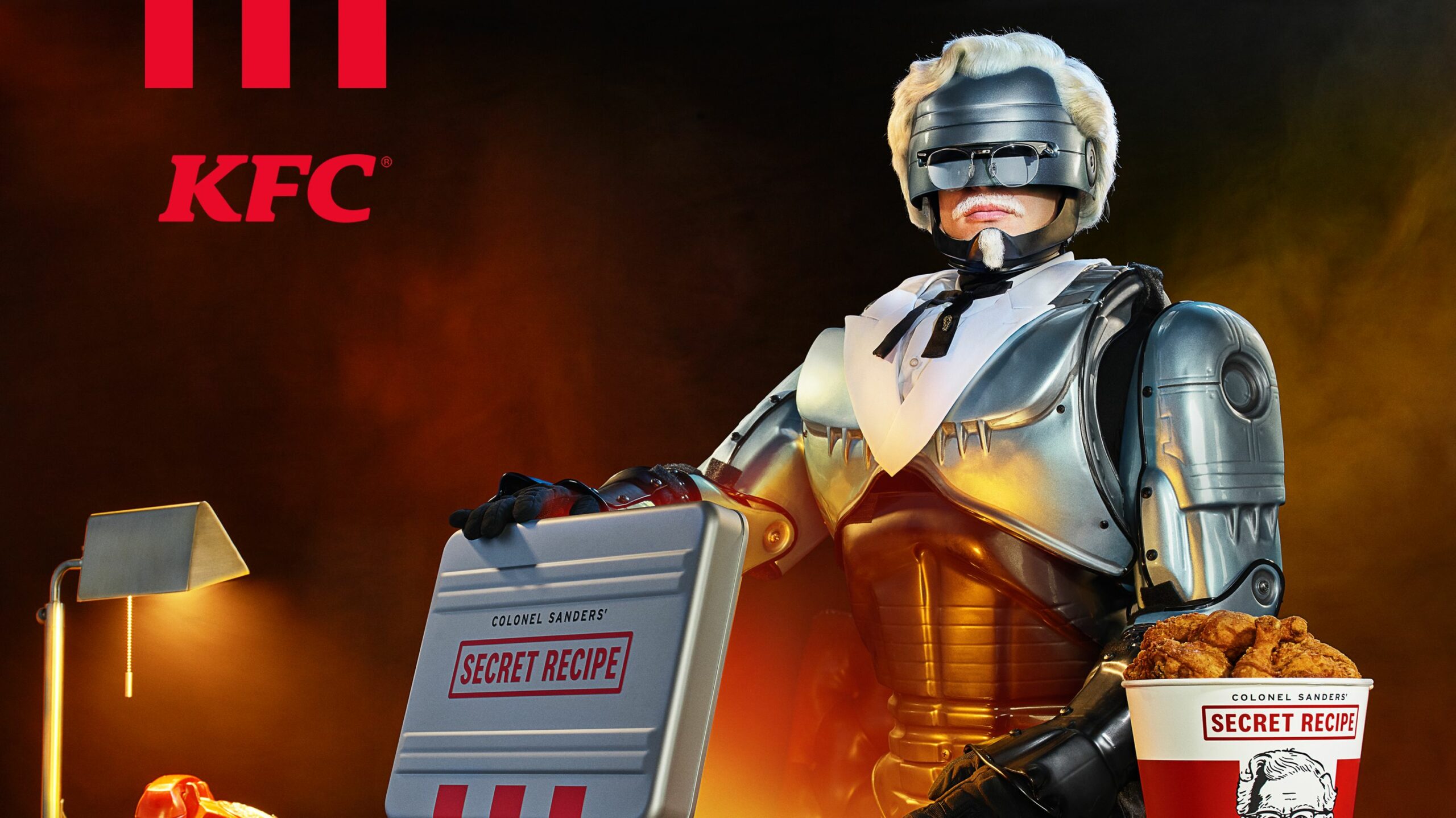 Peter Weller Reprises His Role of RoboCop in the unlikeliest way!

You’re probably wondering what this is about and it’s safe to say we’re not sure whats going on here either.  News reached the internet last year that Director Neill Blomkamp is developing his next blockbuster, “RoboCop Returns”. A direct sequel movie to reboot a franchise that wasn’t so well received back in 2014. What is interesting about this new installment is that the script was written years ago by RoboCop’s original screenwriters, Ed Neumeier and Michael Miner.

Many fans are wondering if Peter Weller will reprise his roll as Robocop and we are excited to inform you that… HE HAS! In a way most unexpected. I can’t even begin to tell you how bizarre this is! The Police cyborg is back in action as the Colonel, in a series of weird commercials for KFC.

I don’t understand it but I can’t look away! Nostalgia has a firm grip on me. The Secret Recipe one has to be my favourite. You can watch the five ads below and let us know what you think.