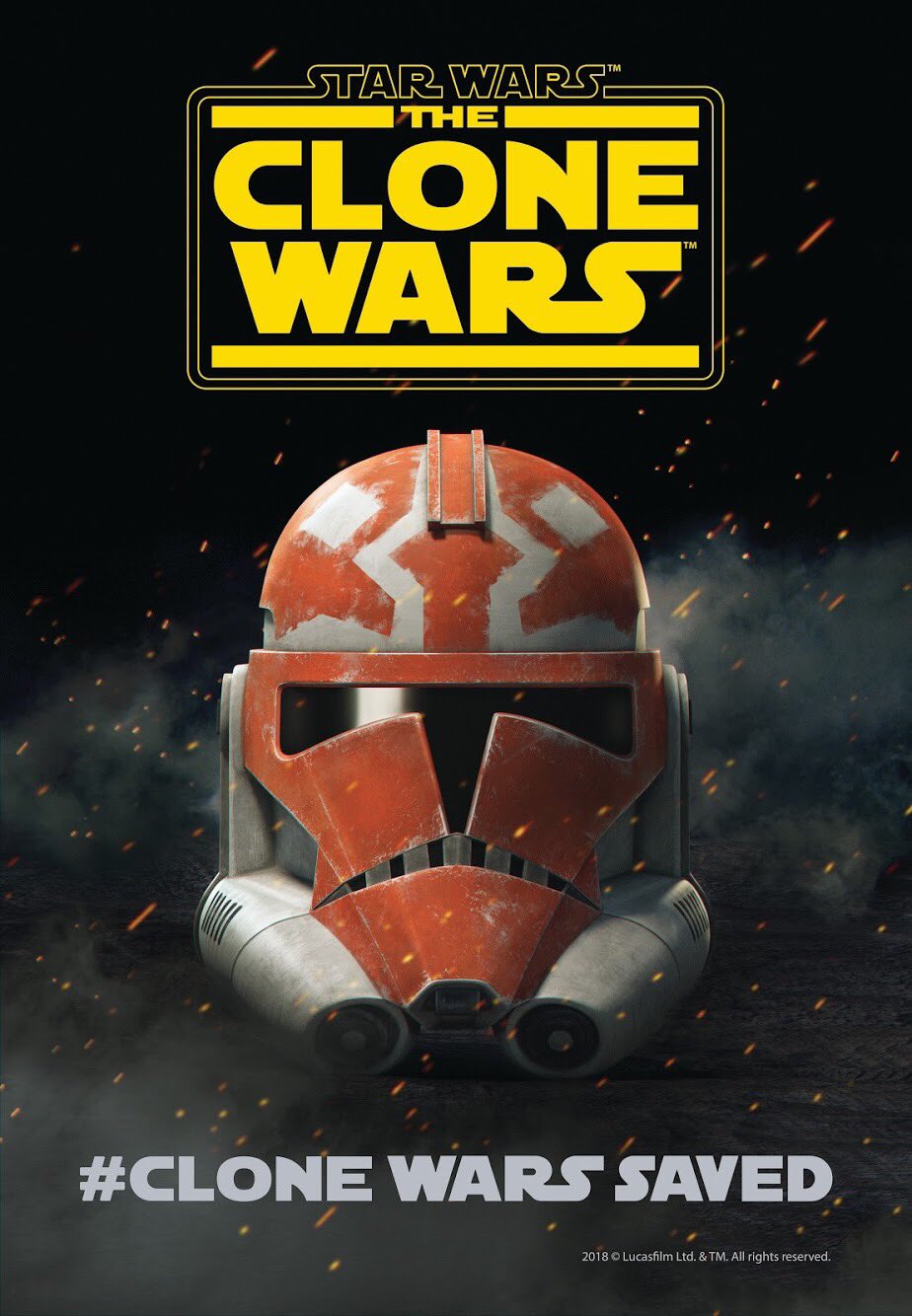 When Disney and Lucasfilm decided that The Clone Wars animated TV series was expendable, the fans exclaimed “not to me!” Five years later, in a dark Hall at San-Diego Comic-Con, during the tenth anniversary panel, an announcement was made… #CloneWarsSaved. Thanks to fan outcry all across the world Lucasfilm have brought back the much beloved animated show. Twelve all new episodes to be aired on Disney’s new streaming service! This is a great expression of fandom and a show of exactly what your voices can do in a community you love.

The Clone Wars went in depth on the main characters such as Anakin Skywalker, Obi-Wan-Kenobi, Padme Amidala and Yoda. Created great new characters such as Ahsoka Tano. Revived fan-favourites like Darth Maul. Shed light on the background characters such as Plo Koon. Even weaved a tapestry of personality and individuality into the Clones themselves. There was something to be loved by everyone in there, and it shows now more than ever with it’s revival.

You can keep up to date with more news at StarWars.com or watch the trailer and let us know what you think below!

If you love The Clone Wars and Star Wars why not check out our awesome line of Star Wars products!